When considering the question of whether parents should make the final decision about their children’s university major or not, I believe they should not. It may be true that parents have more experiences in some fields; however, I believe parents should let their children make their own decision about some important issues in their lives such as their major in university because children should have the chance to learn to be independent, they are the one who know themselves best, and they are the only person who should be responsible for their own future.

To begin with, children will eventually grow up and have their independent lives, so they should start learning independence from making important decisions for themselves. This is very common in western culture that children are encouraged to make their choices, but it is a totally different story in Taiwanese culture, where I was raised. In Taiwan, most parents try to baby-sit their children as long as they can. Some even make decision about whom their children should marry. The consequence of this is that most people in Taiwan are more narrow minded and lack courage to try new things. My cousin is a perfect example for this point. He is thirty-two years old, but he does not have a girl friend because he does not know how to talk to girls. My aunt takes care of everything for him and makes him too timid to voice ideas of his own.
In addition, only the person themself knows what one most desires. Some may argue that parents know what the best is for their children because they care so much about them; however, it usually turns out to be “the best” in the parents’ point of view, not children’s. We can see many examples in Taiwan. Many parents decide for their children what to learn in the university which is usually not in line with what they are interested in. Therefore, they have no passion about learning the subject, and they just try to pass the tests, not to gain knowledge and skills. When I was a college student, I worked as a tutor for a cram school, where students go for extra classes after school in Taiwan. I could tell the reluctance from students’ learning attitude that they came to study just because their parents wanted them to, not because they wanted to. If they had a choice, they would rather do anything else but studying boring subjects.
Furthermore, regardless of success or failure, no one should be responsible for someone else’s life, even if they are your children. It is a familiar phenomenon in Taiwanese society that people lack responsibility for their own life; indeed, they think it is their parents’ duty to take care of them because that is what they learned during their childhood. For instance, we can read all kinds of stories about crimes from news columns, but they all end up with the same excuse. Either their parents did not let them choose what they wanted or their parents made the wrong decision for them is the reason given for messing up their own life. It is the easiest way for people to shift the responsibility to others if they are not the decision maker.
Deciding a major in university might seem a tiny dot in one’s lifetime, but if parents do not know how to let go their control over their children, their children will not learn how to be independent, they will have a regret for not doing things that make their hearts beat, and they can easily blame their parents for their not having a successful life. Consequently, I strongly believe that children should be the one to decide their major in university, not their parents. 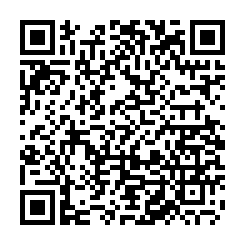